3. AND WHEREAS, The enquiry committee after detailed enquiry submitted its report and proved all the charges:
“As all the 04 allegations leveled against Mst. Sabiha Ghafoor, accused AEO Markaz Kakrali Tehsil Kharian District Gujrat, by the District Education Officer (EE-W) Gujrat and endorsed by the Chief Executive Officer (DEA) Gujrat / her competent authority vide order No. 584/Enq dated 19-02-2022 has proved. The inquiry committee recommended that Mst. Sabiha Ghafoor accused AEO may be awarded penalty 4 (b) (v) Removal from service, as specified under PEEDA ACT 2006.”

4. AND WHEREAS, The undersigned is the competent authority in the ease.  As the charges against the  accused were proved in the regular inquiry, hence she is liable to be punished under relevant rules.

5. AND WHEREAS, The accused was offered opportunity of personal hearing vide this office No. 1467/Enq dated 27-04-2022 & vide order No. 1900 / Enq dated 27-05-2022. she attended the hearing on scheduled date & time and requested for some time for submission of her reply. She was again called for personal hearing on 30.06-2022. She attended hearing and submitted her brief reply she was also heard at length.

6. AND WHEREAS, The accused could not satisfy the undersigned during personal hearing, hence the undersigned is empowered to impose major penalty of termination of contract upon the accused.

7. NOW THEREFORE, Keeping in view all these aspects of the case, the inquiry report and all other relevant record. I, Chief Executive Officer (DEA) Gujrat, being the competent authority in the case, hereby impose major penalty of “Termination of contract appointment order” under contract appointment policy 2004, upon Mst. Sabiha Ghafoor, AEO (F-11). Markaz Kakrali, Tehsil Kharian District Gujrat with immediate effect. 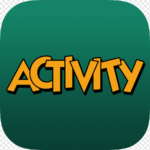