Freedom Struggle and Important Events. History of India from 712 AD. A Chronological Timeline from 712 to War of Independence of India and Pakistan.

1945: Simla Conference was held between all parties of subcontinent at Simla.

1947: October. Bahawalpur was the first state which joined Pakistan.

1949: Pakistan became the member of ILO.

1951: First census was held in Pakistan.

1956: 23rd March. The first .constitution of the country was enforced.

1960: Creation of commission for new constitution of Pakistan.

1965: India and Pakistan fought a second war over Kashmir.

1966: Fourth constituent assembly is brought into existence by Ayub Khan.

1966: 10th January Tashqand Treaty was signed between Pakistan and India.

1966: Completion of construction of Islamabad. 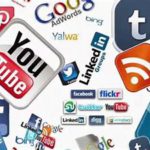 Status of the Student Vaccination in Public Schools