In question 1, the rule is Next character after same two characters .

So Answer is K.
suggested answers. (c) is your correct answer.

In question 2, the rule is first character C appear one time, Next character D appear 2 times, and third Character E appear three times and So on

Now F must appear four times in this series. Next character / Letter is F in the series, (b) is your correct answer.

Now we again need next three letters in sequence G  H  I , G is given in question and therefore (d) is the correct answer which is H.

Each question consists of a series of letters or numbers (or both) which follow sonic definite order. Study each series to determine what the orders is. Then look at the answer choices. Select the one answer that will complete the set in accordance with the pattern established. Normally in the tests, twenty four questions have to solve in ten minutes.

This is the verbal ability questions and answers on Logical Reasoning Aptitude Letter Series Test; with explanation for various interview, competitive examination and entrance test. Solved examples with detailed answer description, explanation are given and it would be easy to understand the Words.These Logical Reasoning Aptitude letter Series Test  are best for PAF,Military , Pakistan Navy ,BUsiness Administration, CSS,FPSC and PPSC Exams. 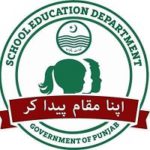 Clarification regarding Hiring of Staff for IASP