Latest Rules For Preparation Of Seniority Lists Of Employees 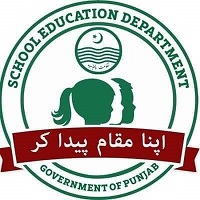 According this letter all seniority list must be prepared based upon the merit score assigned by the District Selection authority. But if someone selected on merit in earlier advertisement will consider senior than the latter. Here we remember that School Education Department already issued the letters regarding the seniority on merit score o

In 2010,2018 and 2020. In a case a highcourt also give strict orders to CEO DEA Bahawal Nagar to make seniority list on merit score in 2020 according according to policy of School Education Department. But in all letters are clear that the employees selected on Merit school must include in Seniority Lists with their merit obtain during his/her appointment give by District selection Authority.

To
All Chief Executive Officers
District Education Authorities
in Punjab

I am directed to refer the subject cited above and to state that it has come to the knowledge of the School Education Department that some of the District Education Authorities are not following the Provisions of Law/Rules regulating the seniority of employees, in letter and spirit.

2. It is clarified that seniority is determined in accordance with the provisions of section-7 of the Punjab Civil Servants (Appointment and Conditions of Service) Rules, 1974 made thereunder, Section-7 of Punjab Civil Servants Act 1974 Provides that “Seniority in a post, Service, or Cadre to which a civil servant is promoted shall take effect from the date of regular appointment to that post: Provided that civil Servants who are selected for promotion to a higher post in one batch shall on their promotion to the higher post retain their inter-se seniority in the lower post.”

3. Furthermore, Rule-8 of the Punjab Civil Servants (Appointment and Condition of Service) Rules 1974 provides that the inter se Seniority of person appointed to posts in the same grade in a functional unit shall be determined in the following manner:

4. Foregoing in view, I am directed to ask you to take further necessary action in the light of the above instructions and submit a certificate by 30-06-2022 on the format (Annex-A) to the effect that all concerned appointing authorities / Supervisory offices have carefully read the provision of law/Rules regulating the seniority of employees and there are no anomalies in the Seniority Lists of any cadre (Teaching as well as non-Teaching) under your control. Any Violation of law/Rules in this regard may warrant strict disciplinary action against the employees concerned. 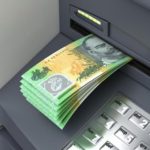 Establishment of new higher education institutions for the year 2020-21(ADP NO.120) in Punjab

Extension in Contract order of SSE 2014 in Lahore